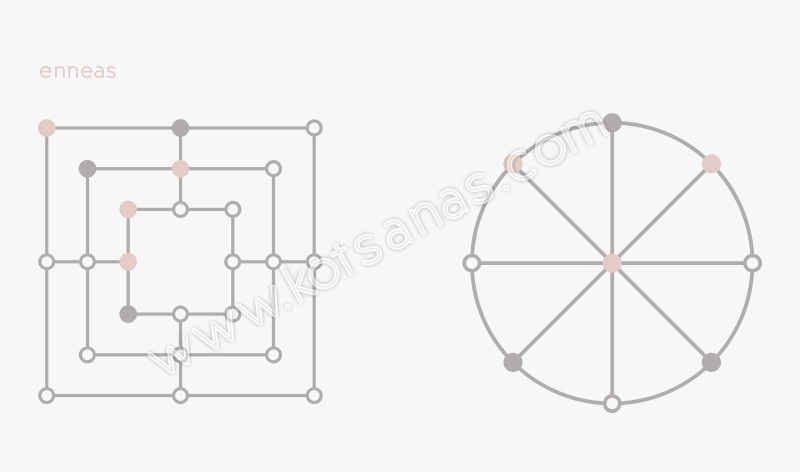 This is a variant of trias, that made its appearance during the Hellenistic era and used to be played until recently (called enniapetro – consisting of nine stones).
It was played by two players on a board diagram that formed three concentric squares linked on the midpoints of their sides. Thus, 24 pawn (pessoi) positions were created on the intersection points of the lines. Each player had nine pawns (of different color or kind, e.g. black and white pebbles, broad beans and beans, walnuts and acorns, etc.) and they tried, playing alternately, to form a trias (three pawns) in a straight row or block the opponent from doing so. When they formed a trias (three in a row), they removed a piece from the opponent and the loser was the player who was left with only two pawns.