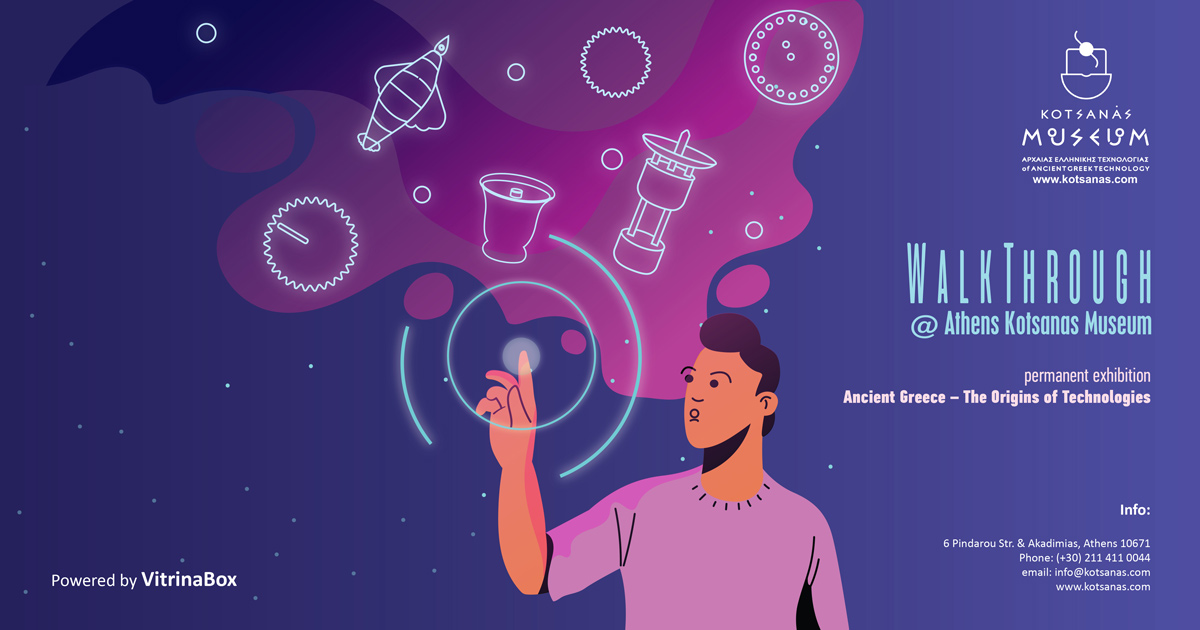 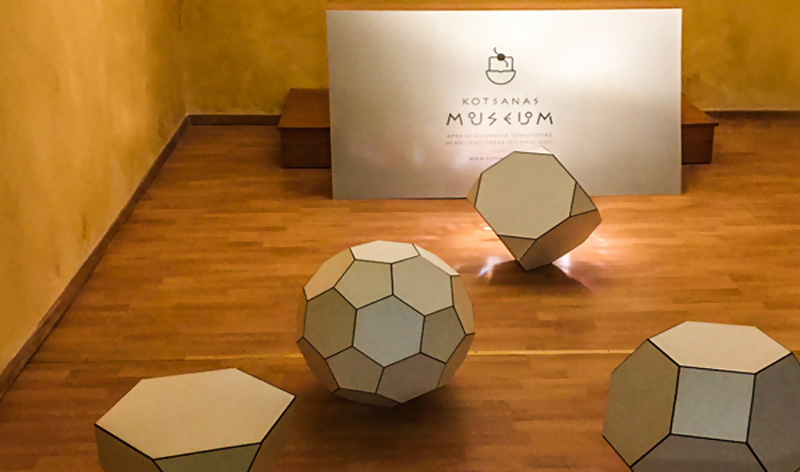 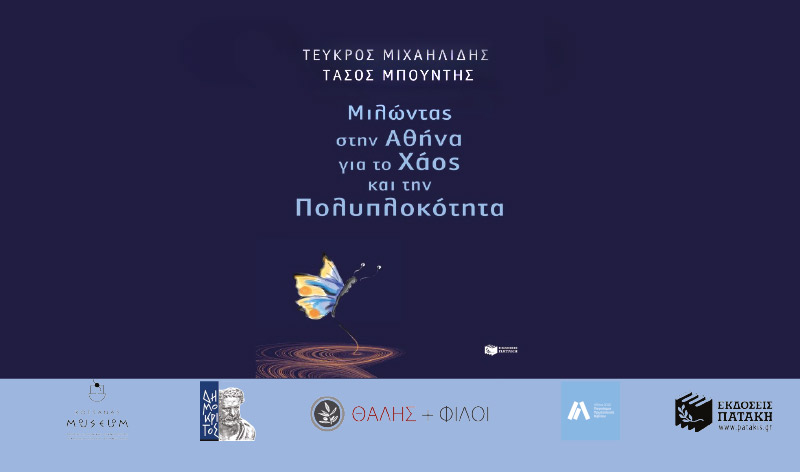 «Approaching Chaos and Complexity in Athens” 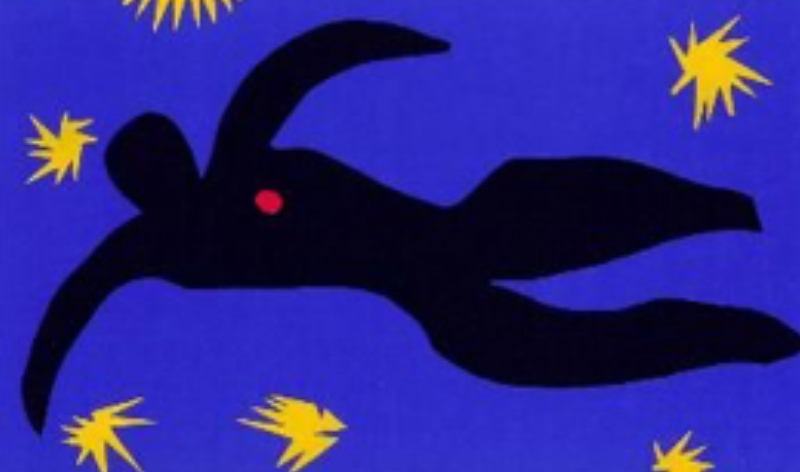 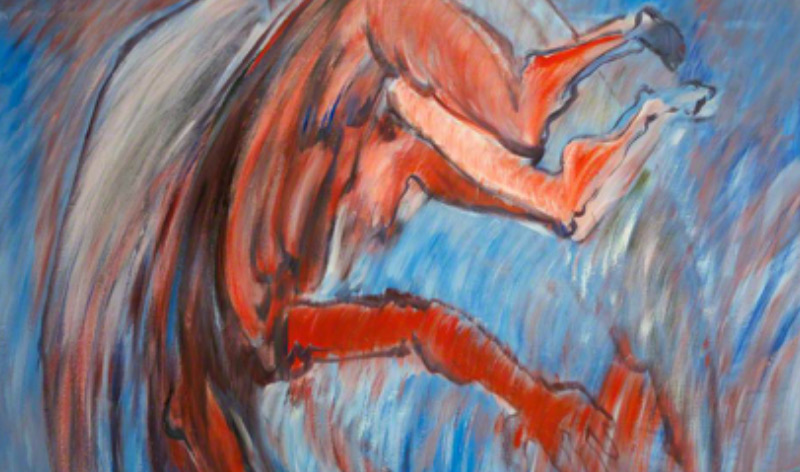 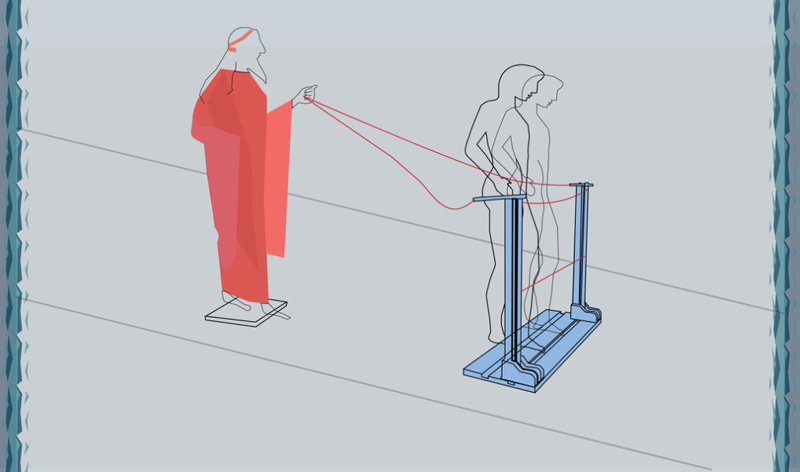 Kotsanas Museum runs at the half-Marathon of Athens! 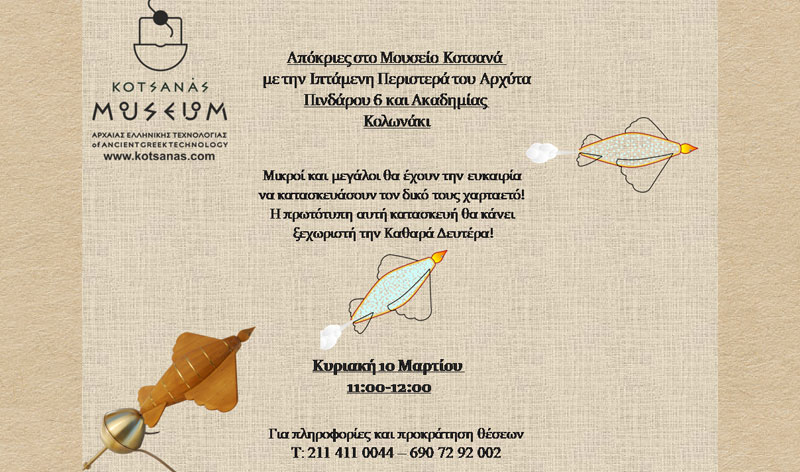 Celebrate the Carnival by flying the “pigeon of Archytas” 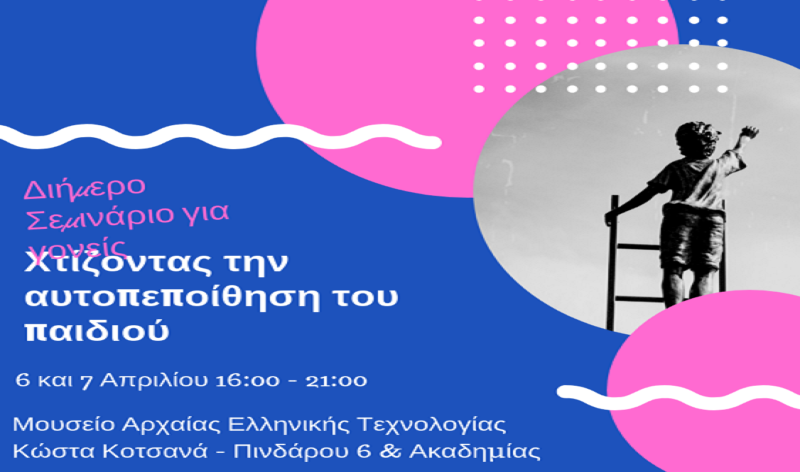 Building the self confidence of a child 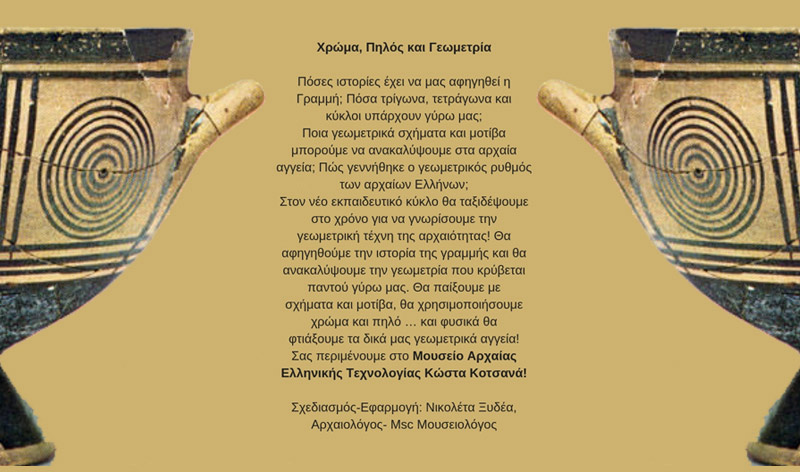 “The case of DOREMI” 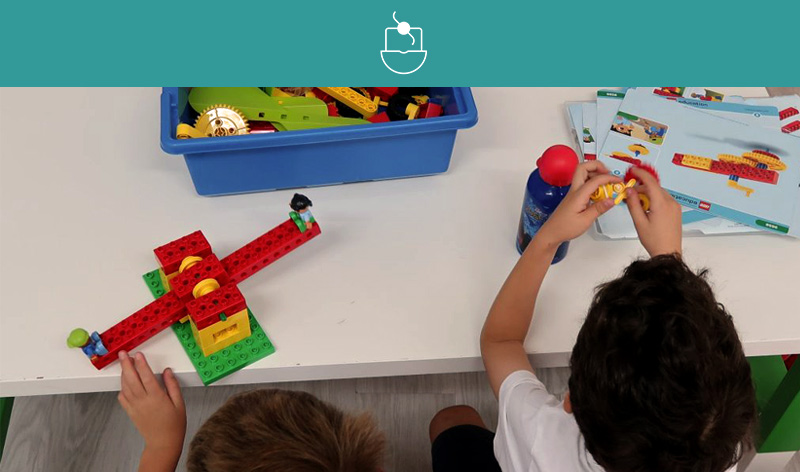 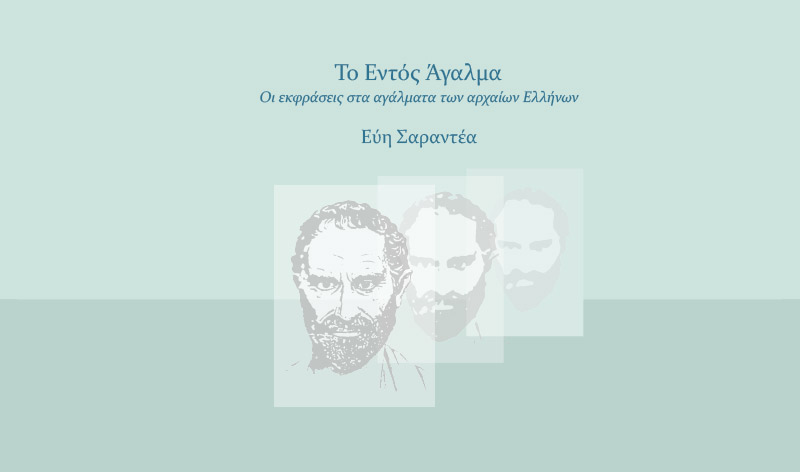 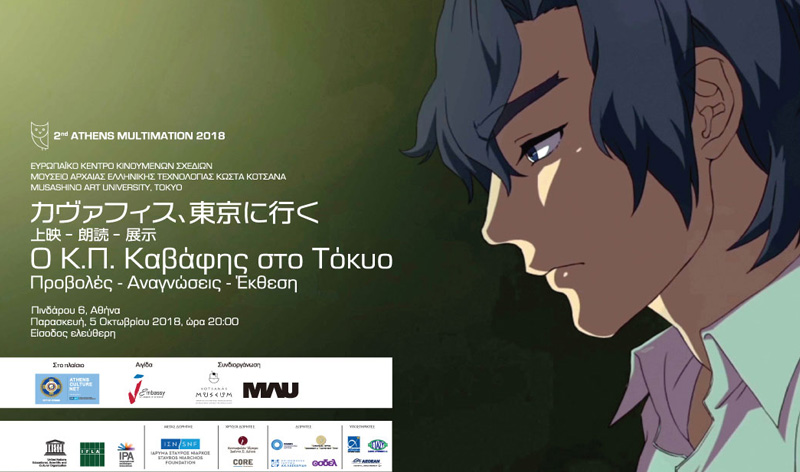 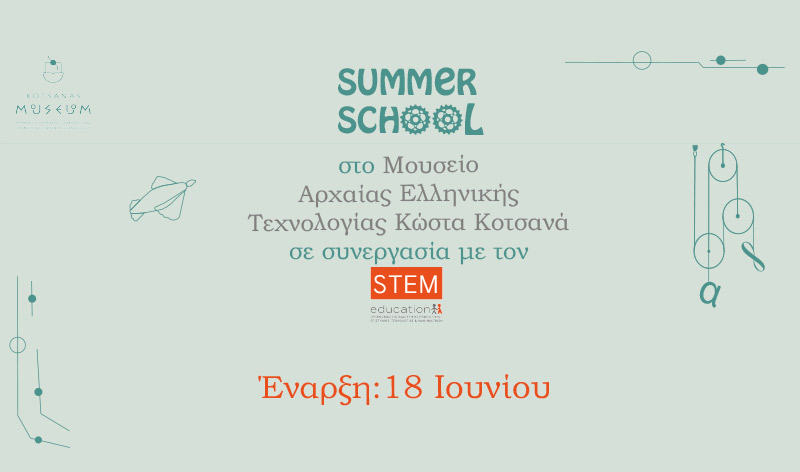 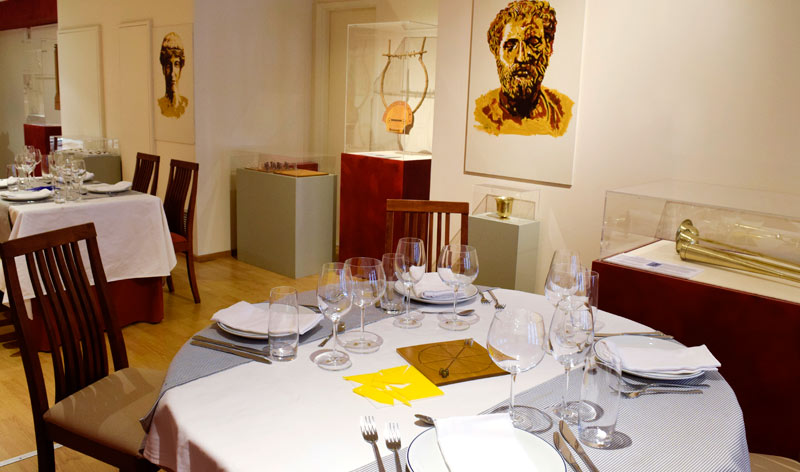 Dinner at the Museum

"The scope of the genius Archimedes" with lecturer professor Dr. Nikos Lygeros.

The Museum of Ancient Greek Technology invites you to a lecture on: “The scope of the genius Archimedes” with lecturer professor Dr. Nikos Lygeros.

Dr. Nikos Lygeros is a Strategic Advisor and professor of Geostrategy, Topostrategy and Chronostrategy. As Professor in mathematics, computer science, cybernetics, epistemology, linguistics, bioethics, strategy and pedagogical studies he teaches at the the Universities of Lyon, of Athens, of Thrace, at the Polytechnic School of Xanthi, and at the University of Nicosia. As a researcher he has been involved in the fields of algebra, of number theory and of combinatorics. He is a member of the research teams which discovered in 1998 ten consecutive prime numbers in arithmetic progression and in 2010 the sixth solution of the function τ(p) = 0 (mod p) (the Ramanujan function via computers).

Kotsanas Museum becomes pet friendly and welcomes you to celebrate!

Are you planning to have a walk that includes cultural activities, but you don’t want to leave your best friend alone at home? Kotsanas Museum of Ancient Greek Technology is one of the pet friendly Museums of Athens, providing to the pet lovers the opportunity to make a visit with their pet*.

Especially during 1-3 of June pet lovers will have the chance to visit the two exhibitions of the Museum at the price of one. The exhibition “Ancient Greek Technology-The origins of technology», including 24 thematic units, presents over 100 fully functional reconstructions of the peak of the technology during the late Hellenistic period. At the same time, at the exhibition of the “Ancient Greek musical instruments and Games” 42 functional musical instruments are presented, and also many of the games of antiquity.

At the Museum of Ancient Greek Technology we operate without exclusions, desiring to include as visitors those who are accompanied by their pet friends. The engaging atmosphere of the Museum does not leave out any of the members of the family and of course not our pets. Culture does not have limitations, but is also designated by the way we perceive our relationships with the animals.

We celebrate the International Museum Day with a series of activities for young and adults!

“The birth and evolution of music in Ancient Greece”

«The inventions of the Ancient Greeks»

A tour at the exhibition “Ancient Greek Technology – The Origins of Technology”, will give to the visitor the chance to explore the first inventions and the materials and methods that were used for the evolution of technology. The visitor will also have the chance to learn about the most emblematic personalities that contributed to the birth and development of Technology in Ancient Greece.

«Ancient Greek Technology and communication networks: a journey to space-time”

«The playworld of Archimedes»

Travel through time in Ancient Greece and discover their games! What did they play with? How many different combinations can you imagine for an ancient puzzle? Did they have board games in antiquity? Are you all ready for amazing discoveries?

«Astronomy, from the theory to the application”

The visitors will have the chance to explore and operate the Antikythera mechanism and also to discover more astronomical inventions, their meanings and their functions. Among them many more achievements of that era that will fascinate young and grown-ups with their innovation.

«The secrets of Apollo”

Solve the riddle of Apollo and find the hidden treasure! Children, through playing will make a tour among the string, wind and percussion instruments of the Ancient Greeks and reveal the history of each one of them.

A visit among the inventions of the Ancient Greeks will reveal to us the way that the Greeks utilized the elements of nature for the evolution of technology. Just a look to the screw of Archimedes, the hydraulic clock of Ktesibios, the alarm clock of Plato are just few of the exhibits that the visitors will have the chance to know.

ANTIGONE of Sophocles – a theatrical play in Ancient Greek

The play is presented by AKTIS AELIOU for the first time in Greece in prosodic ancient Greek speech. It is a performance of ancient Greek drama based entirely on the original ancient Greek text, the metric-prosodic rhythm (alternating short and long syllables) and the musical composition based on scales-harmonies that Sophocles was using for his plays. The performance consists of an integrative innovative approach for the presentation of ancient drama where the musicality of speech is the dominant element in the rhythm and melody of the ancient text. ANTIGONE is presented at the Kotsanas Museum of Ancient Greek Technology with subtitles in ancient Greek, Modern Greek and English.

OPEN HOUSE Αthens 2018: The Museum opens its doors and reveals the architecture of the town

The celebration of the towns’ architecture is waiting for you at the Kotsanas Museum of Ancient Greek Technology. The building on Pindarou 6 Street is one of the emblematic buildings of the capital, since it used to be the residence of queen Amalia, wife of King Alexander A’. We invite you to explore the secret stories of the art nouveau building in Kolonaki and learn its history from the 19th century until today!

Celebrate the Carnival by flying the “pigeon of Archytas”

Did the Ancient Greeks fly a kite? What was the flying pigeon? Can we see it flying today?

The Museum of Ancient Greek Technology presents an educational experience, accompanied by a visual workshop for children of 6-12 years old, and their families.

Children will have the chance to see the” flying pigeon of Archytas” , an autonomous flying machine dating back from the 4th century B.C., and then they will design their own “kite” for the Holy Monday.