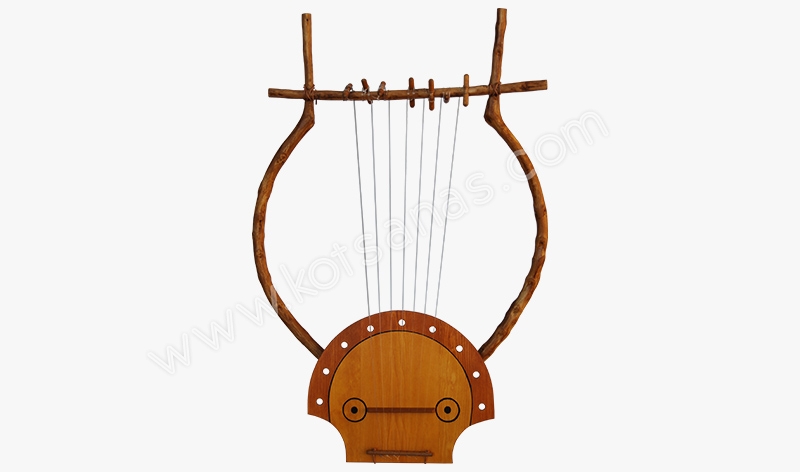 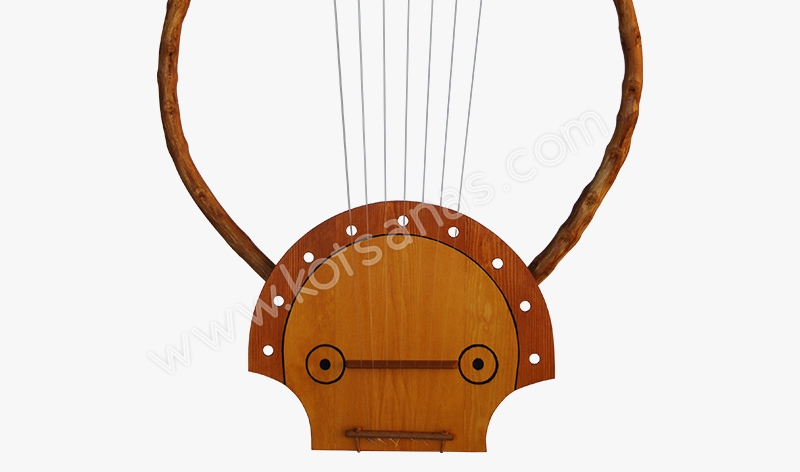 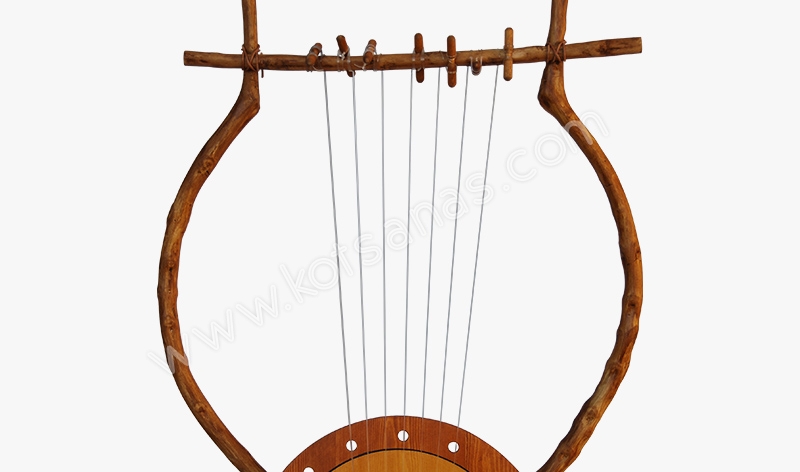 It was an impressive stringed instrument which is also called “Thracian” guitar because it first appears (in vase paintings) in the hands of mythical Thracian singers (Orpheus and Thamyras).

It consisted of a small crescent-shaped wooden soundbox (convex of the phorminx) without extentions for its arms. The arms were thin and willowy like those of the barbitos with different curves for their imperceptible motion thus creating a distinct wave-like resonance. Its strings were usually seven, of medium tonality, since their length was between that of the phorminx and the barbitos. The strings started at the tailpiece, passed over the bridge (“magadion”) and tied round the crossbar with the help of a thong, or with free or fixed slips of wood. The careful rotation of the leather bulge or slip of each string permitted its tuning.

The standing or seated player balanced the kithara upright against the left side of his body pressing it laterally against his belly (with the help of a sling which went through the left arm of the instrument and his left wrist). The free fingers pressed or plucked its strings while the right hand struck them with the “plectrum”.