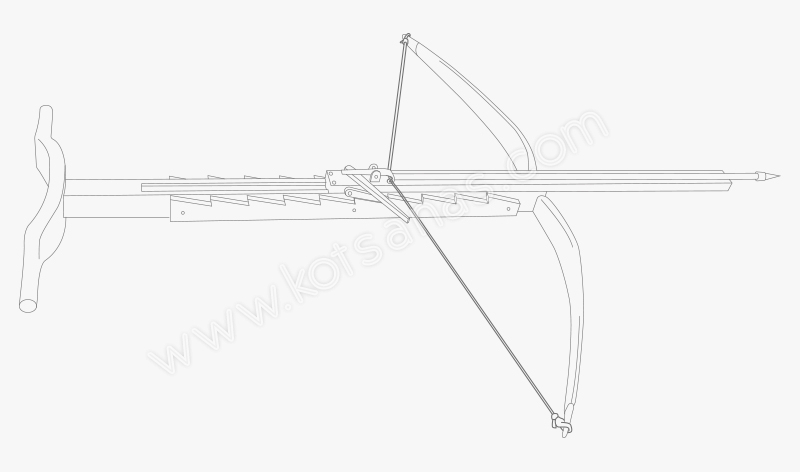 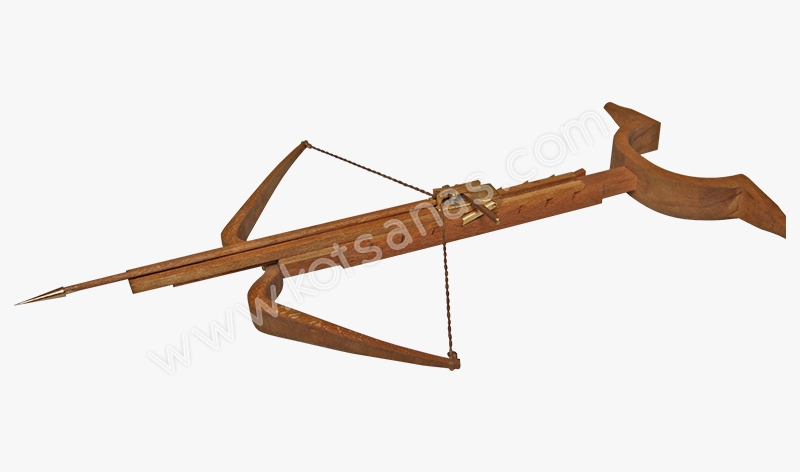 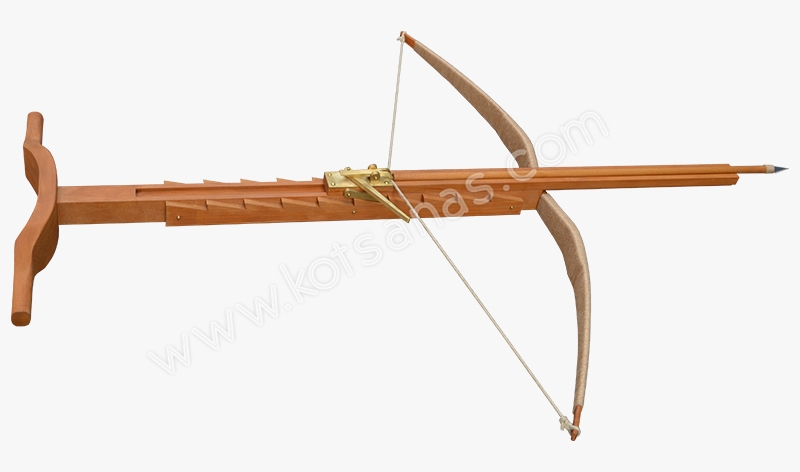 In the land battles, the weapon range was quite often a comparative advantage; for example, an archer was superior to a sword-bearer. So, all peoples tried to have stronger bows. However, the range of the conventional bows was limited by two anthropometric factors; both the length-tension of the bow, which cannot exceed the distance from the outstretched arm to the shoulder of the archer, and the tensile strength of the bow cannot exceed half the weight of the archer. Both, however, were overcome with the invention of gastraphetes, the first catapult.

It was a bow that the operator cocked by placing and pressing between his belly [Ancient Greek γαστήρ (gastēr) > gastro-] and a stable obstacle. Thus, the application of greater force was ensured but also the greater stretch of the bowstring. It consisted of a powerful and not so flexible bow that had an inflexible –as all bows of antiquity– bowstring and a transverse wooden case (syrigx) with a jagged board on each side. The case had dovetail form in which a wooden beam (slider) could run securely. The slider had, on each side through articulations, two small parts (pawls or blocks), that locked when it cocked on the jagged boards. On the upper part it had a semi-circular groove, on which the arrow was placed. Furthermore, at the rear there was a ratchet and pawl system. This consisted of a metal claw (retaining pin) articulated on two stanchions (holders) and two teeth that held the bowstring, and by a rotating rod (trigger), that secured or released the claw.