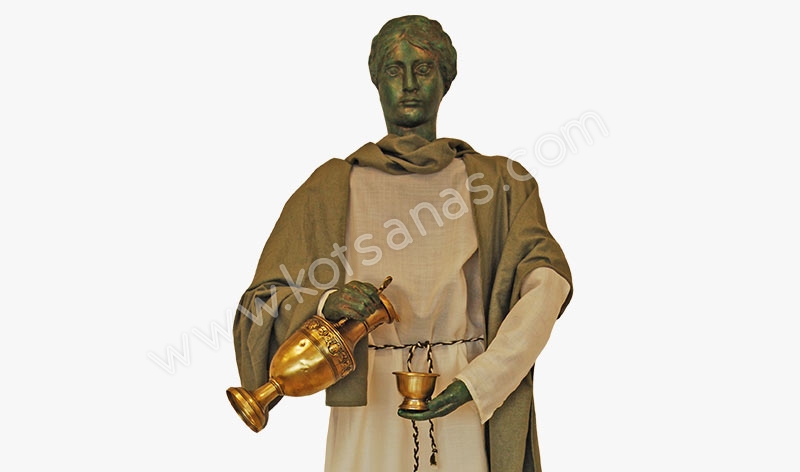 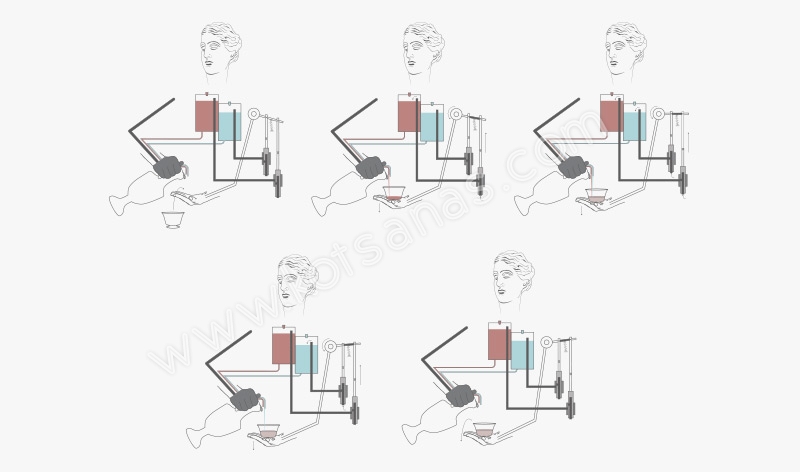 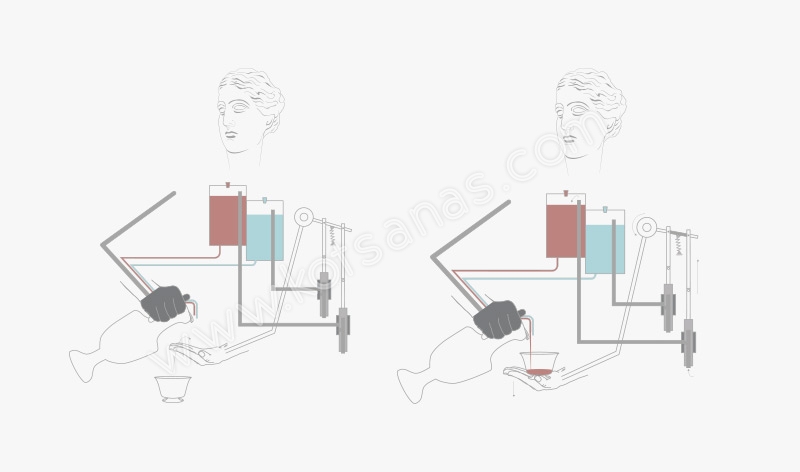 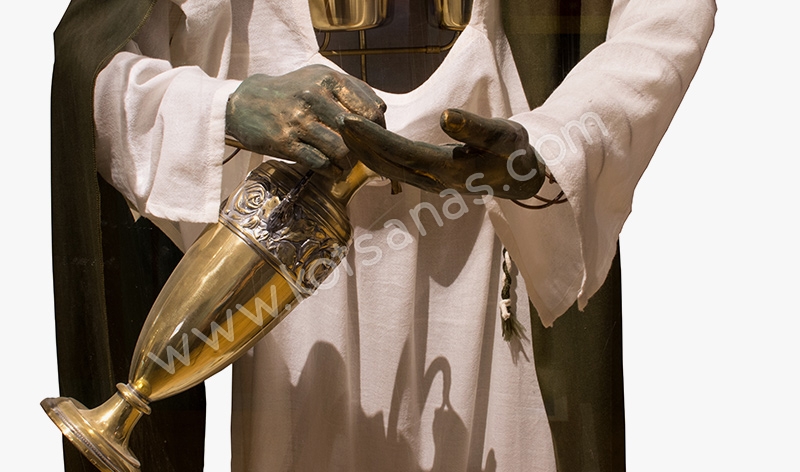 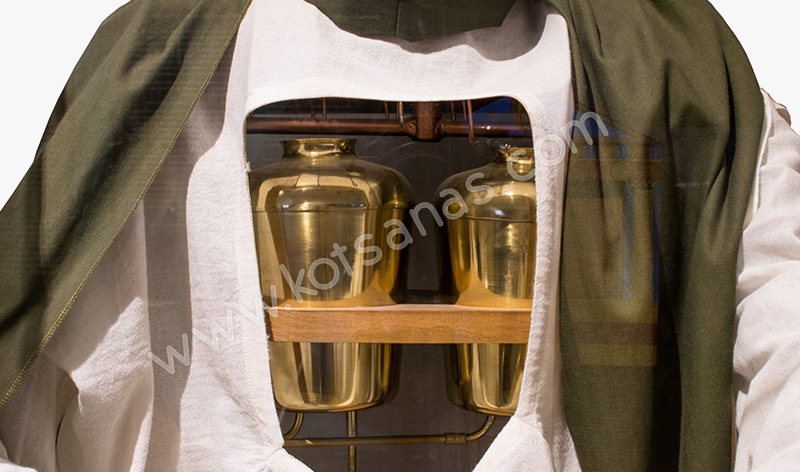 This was a humanoid robot in the form of a female servant (life-size), which in her right hand held a jug of wine (oinochoe). When the visitor placed a cup in the palm of her left hand, she automatically poured wine, initially, and then she added water into the cup when desired.